Futility Studios won the 2014 Uncommon Goods Upcycling Design Challenge and appeared in the 2015 Beverly Art Alliance Art Walk,  2014 Guerilla Truck Show, the Fine Arts Building (Chicago), and the Retro Rewind.  A piece designed by Futility Studios resides in the permanent collection of the World of Speed Museum in Wilsonville, OR. The Studio has been featured in Architects + Artisans, Silodrome, Traditional Rod & Kulture Illustrated, Morfae, The Gentleman Racer, Werd, and Hot Rodder's Journal.

This piece was named after the Shinto goddess of the sun because it shimmers when lit. It is made mostly from vintage car parts.

This floating piece took its name from a moon of Saturn, and a Greek Titan.

If you want to see more, please browse my Portfolio.

Pieces available for sale can be found on my Etsy site 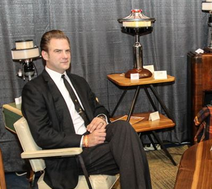 When the Giants Fall, The little ones rise 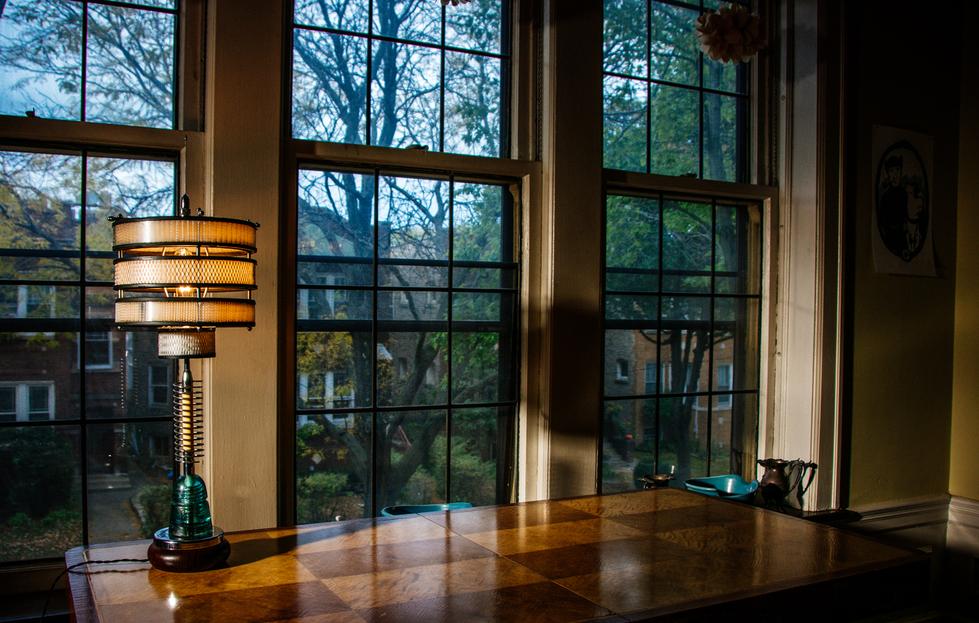 This piece is reflective of mushrooms growing from fallen trees.

This piece was named after A. Tolstoy's novel and the classic Russian silent film, Aelita: Queen of Mars. It was designed with a nod to 1950s Modeline lamps.